I would have completed two dwarves last weekend, except that when I set them up to take pictures today I noticed that I still hadn’t painted the eyes on one. Now they might be finished… While browsing the web to get some more detail on each figure, I saw the first guy painted with tusks/horns on his helmet. I like the look of that (instead of just spikes) and I’ll repaint my figure this afternoon, then take them outside for a varnish. 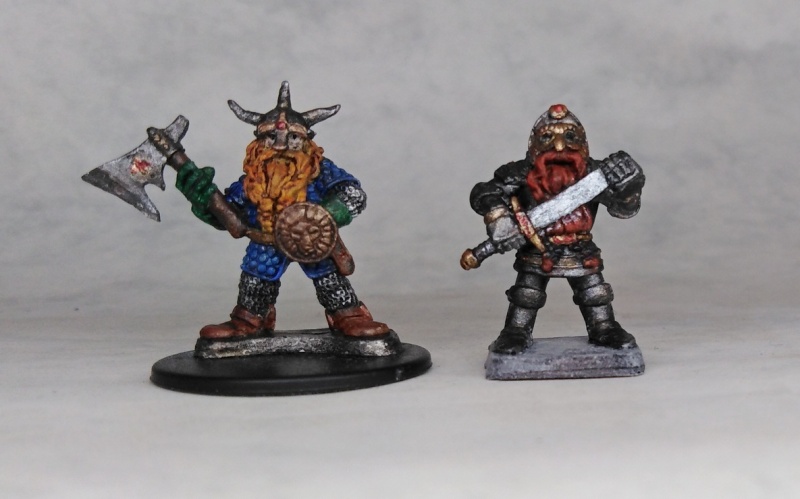 They were pretty easy to paint, and I’ve kept everything fairly simple. The champion did have a sword point sticking out of his left fist originally. This figure has seen a lot of use previously for MERP and D&D, and the tip broke off long ago. I’ve often thought about finding or making a replacement bit, but there’s a fair chance that any glued on replacement would also get broken.

The only complaint I have with these is the axe the fighter holds. I have quite a number of dwarves with axes like this. The axe has a large blade and the haft/handle is short. I feel this should have a much longer handle for balance, whether used one or two-handed.

One thought on “Ral Partha – Dwarves”